One moment in time, activist Angela Davis boldly declared: "Black women have had to develop a larger vision of society than perhaps any other group. They have had to understand white men, white women, and black men. And they have had to understand themselves. When Black women win victories, it is a boost for virtually every segment of society." Consequently, the 2017 Alabama primary election validates Angela Davis' declaration: "... 96% of African-American voters saved democracy and human decency by defeating Republican Roy Moore on Tuesday in Alabama's US Senate race. CNN, 12-13-2017

Five decades later, I write this entry with an added utterance: The Black Woman will remain the most disrespected, unprotected, neglected, MARGINALIZED, and RESENTED person in America if we don't find and use our voice of courage, strength, and purpose to dismantle double-standard systems that create social, occupational, and financial barriers that threaten to stifle our individual and collective growth in those areas.

Too often Black women are prejudged and persecuted for our assertiveness by not only patriarchal America, but also our female counterparts — across racial lines — who have the advantage of hiding behind their "white" skin to exact systemic oppression, ridicule, and prejudice on Black women and Black girls.

This informed perspective draws to light how the impact of Roseanne Barr’s (Ethnicity: Ashkenazi Jewish) glaring criticism of Valerie Jarrett’s (Born in Shiraz, Iran to American parents of mixed ethnicity) features reopened and burned the flesh of old wounds, as far back as the Civil Rights Movement where we vowed to “overcome someday.”

Without provocation from Valerie Jarrett, Barr was unhinged during her Twitter rant criticizing Valerie's appearance, likening it to an ape. To add insult to her contempt for Valerie, Roseanne sought to minimize her character attack by pleading BizARRe ignorance in an attempt to redeem herself: "I thought the bitch was white." Once again, Barr said what she said. "What? Huhn?" I pondered, but not in the spirit that I ponder over Sandra Bland's mysterious jail death and probing questions that only Ms. Bland could answer. But I digress.

Despite Barr's unprovoked verbal aggression, there is an uprising of conscious, cultured, gifted, and politically brave Black women who fearlessly champion equality, advancement opportunities, and justice in spite of social, occupational, and financial barriers.

We are a plethora of melanin-enriched hues. From alabaster to sun-kissed skin, Black women are resilient, enterprising, witty, gorgeous, vulnerable, and mimicked in many ways, - from ample curves to plump lips our physical blessings are the most DESIRED attributes in America. But we are more than hair, lips, ass, and curves. We are our hopes and dreams, too.

Being a Black Woman with self-awareness is not an offense in America. Our struggle to be "twice as good as 'them' to get half of what they have", remains a tireless journey that started the moment we were pushed into a two-faced world that judges the color of our skin, and begrudges our coveted attributes that we too often take for granted.

As we fight internally to preserve our dignity and just BE in societies that judge the content of our character, we thrive on faith and the will to persevere - that is our POWER. And though we are perfectly imperfect, still like air, we will continue to rise above hate, false impressions, and misplaced insecurities with a conviction that we are simply worthy and ENOUGH as individuals, but stronger together. 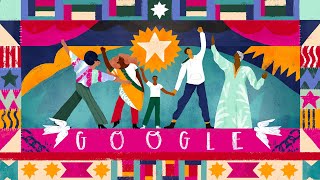 Every Voice Continues to March for Freedom, Equity, and Justice.

You Are Still In Control of What You Can Control

Starve The Distraction To Feed The Village.